Tetley of Tata Global Beverages (TGB) and Tata Trusts came together to help Smile Train to provide 100%-free corrective surgeries for children with clefts and to raise awareness about Smile Train’s work.

Tata Global Beverages is a global beverage business with a presence in over 40 countries. Tata Trusts has played a pioneering role in enhancing the quality of life of people and communities it seeks to help.

Together Tata Global Beverages and Tata Trusts have donated $1,000,000. Their support will provide 1,000 new smiles in India and 3,000 smiles to children around the world.

To enhance Tetley’s major global rebranding campaign and to create awareness among consumers about Smile Train, Tetley launched an initiative called the Tetley Smile Challenge in Australia, Canada, the UK and the US. The use of innovative facial recognition software digitally captured consumers’ smiles as they viewed humorous videos. The Tetley Smile Challenge was a fun way for consumers to engage with the brand and served as a sweet reminder of how important a smile can be. The campaign reached millions of people across three continents and helped increase engagement online for both Smile Train and Tetley. 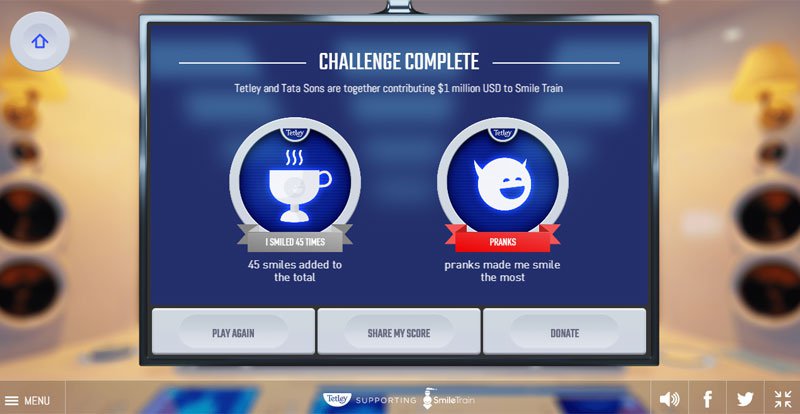 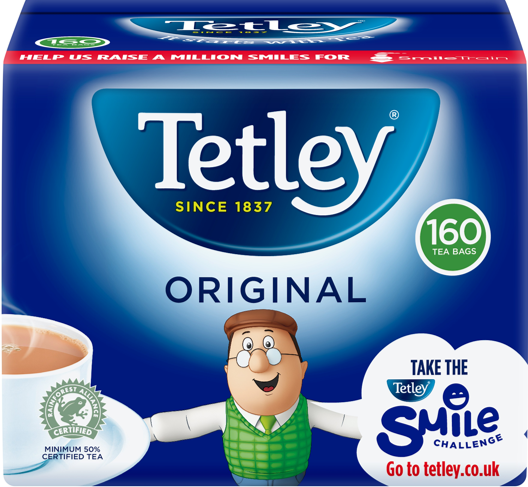 Employees join in the fun

Tata Global Beverages’ employees signed up to join Team EMPOWER to turn their miles into smiles at The Royal Parks Half Marathon. Team EMPOWER is Smile Train’s athletics program that gives supporters the opportunity to make their race count toward providing free cleft surgery and comprehensive care to children in need. Together the team raised over £5,000 and all successfully completed the run.

Mark Donavan, Worldwide Tea Buying and Blending, kicked off Tata Global Beverages’ athletic support by joining Team EMPOWER for the Prudential Ride London-Surrey in July and raised £1,350. “I raised far more than I thought possible and made it round safely with energy to spare. I look forward to seeing the work that Tata Global Beverages and Smile Train do this year, as it is such a nice charity to be involved with and one that makes a real difference.” 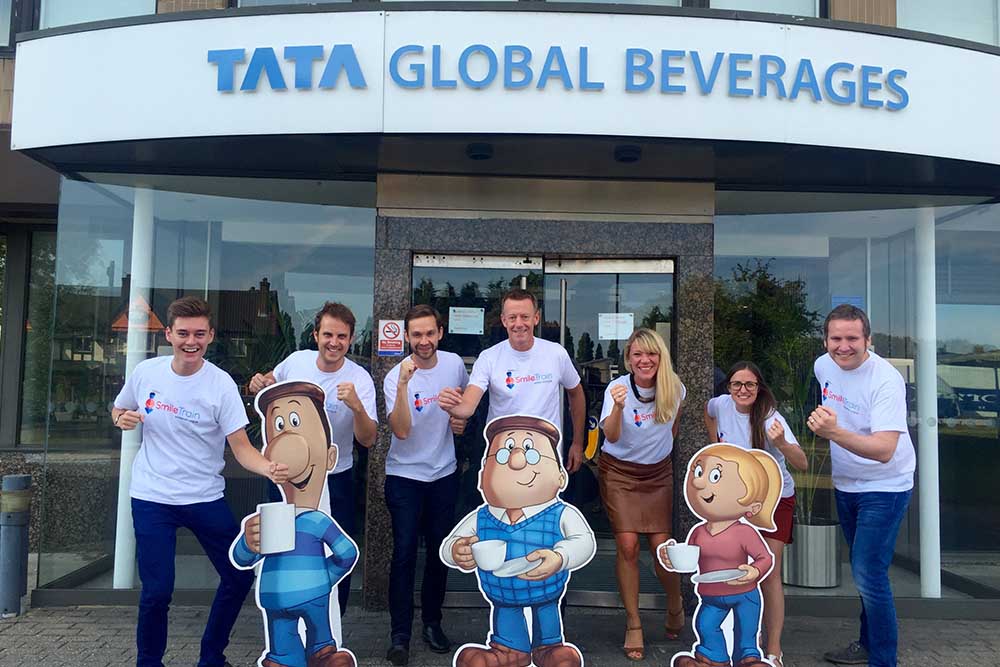 “Tata Global Beverages’ vision is to create magical beverage moments, and a smile on a child’s face is certainly magical. We are very happy to be partnering with Smile Train on this initiative. Tetley is Tata Global Beverages’ largest brand and through this partnership, we hope to positively impact many thousands of children and bring alive the Tetley brand’s philosophy of spreading moments of warmth. For 175 years, the Tetley brand has brought many smiles to our consumers and with this partnership, we now have the opportunity to take it beyond the consumer and create positive community impact as well.”
- Ajoy Misra, MD & CEO, Tata Global Beverages

About Tetley and Tata Trusts