Louise Pape and Mark Thompson put on a Smile-Filled Birthday

Louis Thompson was born in June 2015 with a series of rare medical conditions, including a complete bilateral cleft lip and palate and TOF/OA. Louis' parents Louise and Mark were informed by experts that this combination is extremely rare, with only six births of this kind recorded in the last 25 years. Sadly, only three of those children survived past their first birthday – with Louis being one of them.

"Louis is an incredibly strong and brave little boy, who brings a smile to the faces of everyone he meets. As a family, our attitude is that Louis mustn't let anything hold him back. He's already gone through such an awful lot during his short life, however we are very grateful for the care he's received to date and the support we've received,” said Louise.

After Louis' traumatic first year of life, Louise and Mark felt compelled to help those across the globe who are suffering from similar problems to Louis, but who do not have the same access to medical treatments and experts available in the UK. After researching charities which support those with clefts, they became aware of Smile Train.

“We feel it's so important to raise awareness for charities such as Smile Train – who can completely transform a child's life forever by providing training and funding for local medical professionals so that they can carry out vital cleft repair surgery."

Keen to raise awareness of the condition, Louise and Mark decided to ask their families, friends, and colleagues to make a donation to Smile Train in place of gifts for Louis' first birthday, and to date have successfully raised £825 which will help pay for five cleft repair surgeries. 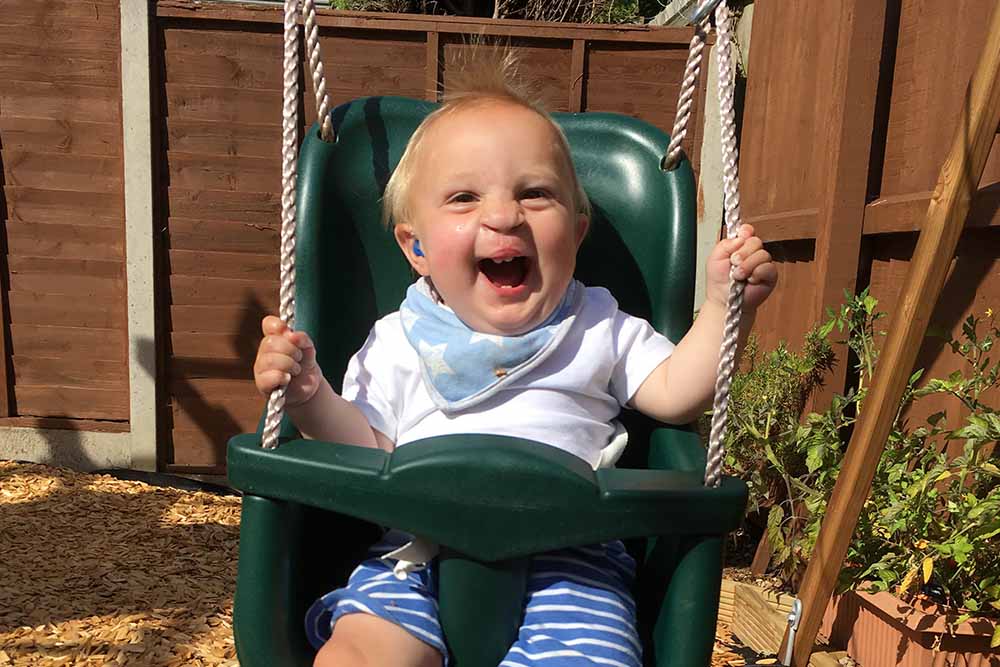 If you'd like to join Louise and Mark in their support of children suffering from untreated clefts, make a donation today