Mary Cowham: A Life of Smiles

Smile Train staff members recently received correspondence from long-time supporter Ms. Mary Cowham. In her letter, she detailed her struggle, living with an untreated cleft palate for more than 30 years and how that inspired her to help children living with untreated clefts around the world.

Sadly, we learned that Mary passed away soon after sharing her story. Mary’s legacy will live on forever in the lives of people she touched, including the 79 children that now have their forever smiles thanks to her generosity.

Mary Cowham was born in London in 1923 to parents Gerard and Margaret. During Mary’s first feeding, she started choking and milk ran out of her nose — under closer inspection, her parents saw that Mary had a cleft palate. 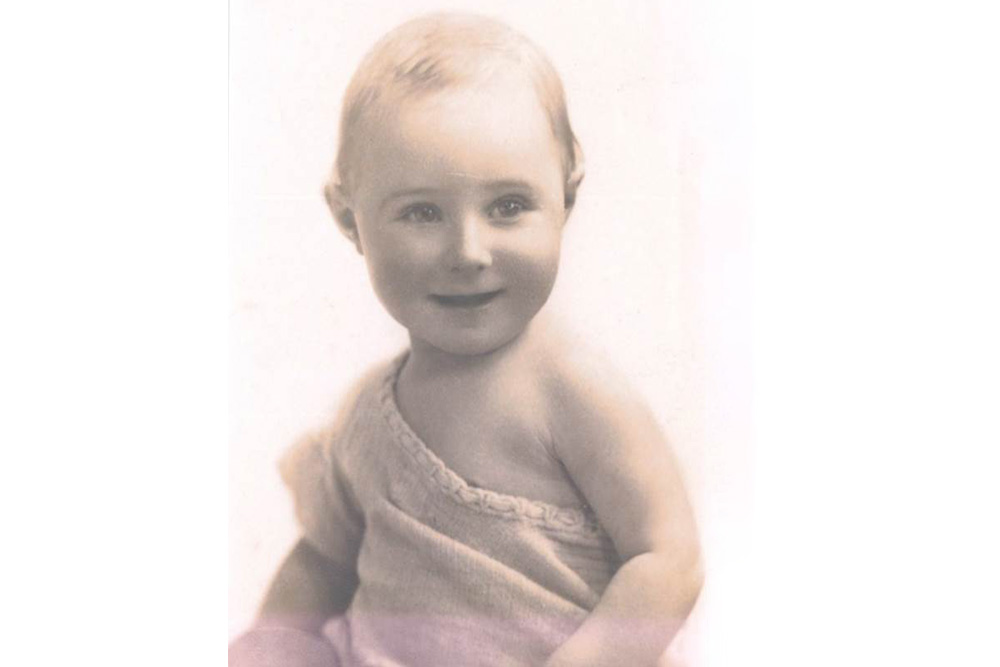 Gerard and Margaret spoke to a plastic surgeon in London who advised them that Mary should receive cleft palate surgery soon so that it wouldn’t affect her feeding and speech patterns. Mary’s parents believed that her cleft was God’s will and a sign that she would go on to do extraordinary things — so her cleft palate remained untreated.

When Mary was five years old, the family moved to India where Gerard was placed as an Army chaplain. In India, many of the local children did not speak English, so she remained unaware that her untreated cleft palate made it difficult for others to understand her speech. “I didn’t know that my speech was nearly unintelligible to everyone, but my parents and siblings, until I was nine years old,” said Mary.

At age nine, on the family’s trip back to England, a child asked her why she spoke differently and then began throwing breadcrumbs at her. “That trip was the beginning of children teasing and bullying me,” said Mary.

The bullying at school was difficult for Mary, and she became increasingly isolated. One especially painful memory was when a teacher accused her of cheating on an exam, as he didn’t believe she was capable of the score. “They assumed I wasn’t bright because I couldn’t communicate,” said Mary.

That same year, Mary had a conversation with a doctor where she learned that cleft surgery and subsequent cleft speech services could greatly improve the way she spoke. However, her family was still against Mary having cleft surgery. Mary said she always hoped that her parents would change their minds, but her cleft remained untreated until she left home at age 31.

“After having the surgery, my life opened up in remarkable ways. I started making friends for the first time and went out to movies, the theatre, and museums.” With a new positive outlook on life, she decided to save her money to move to Canada, until she could save the funds to move to America.

Mary arrived in Toronto with a suitcase and $62 in her pocket, but, with work and perseverance, she soon achieved her dream of living in New York City. While in New York, she met a Bulgarian opera singer who encouraged her to have a reconstructive surgery by world-renowned plastic surgeon Dr J.M. Converse of NYU hospital — once again, she faced her fears and had another cleft palate surgery.

“The second surgery made a remarkable difference in my speech, and it improved my life tremendously — most people are unaware to this day that I had a speech impediment at all,” she said.

With her clear speech and improved confidence, Mary relocated to Cambridge, Massachusetts, USA where she worked as an administrator at Harvard School of Public Health and Beth Israel Hospital until she retired in 1989. Her obituary states, “Mary was unfailingly courteous and kind, and many talented professionals and graduate students are indebted to her for her help in coming to America to work in New England's healthcare establishment.”

When asked about what inspired her to donate to Smile Train for 13+ years and consequently provide 79 forever smiles to children around the world, Mary said, “My life was changed dramatically from the surgeries that improved my cleft palate — I wish that for everyone born with this condition.”

A special thanks to Palliative Care Coordinator Marcia Feldman from Carleton-Willard Village for transcribing Mary’s story.