Healing Heartbreak with a Smile (Dogs Help, Too)

Angelica was 15 years old, single, and had just given birth to a baby with a cleft. All she knew about clefts was how she had seen people with them harassed without mercy. But she promised to never give up on the little life before her.

Angelica was 15 years old, single, and had just given birth to a baby with a cleft. She felt alone, afraid, and heartbroken; the only thing she knew about clefts was how she had seen people with them harassed without mercy. “They become so depressed that they want to give up on life,” she said. But she promised to never give up on the little life before her. She named him Cristian. 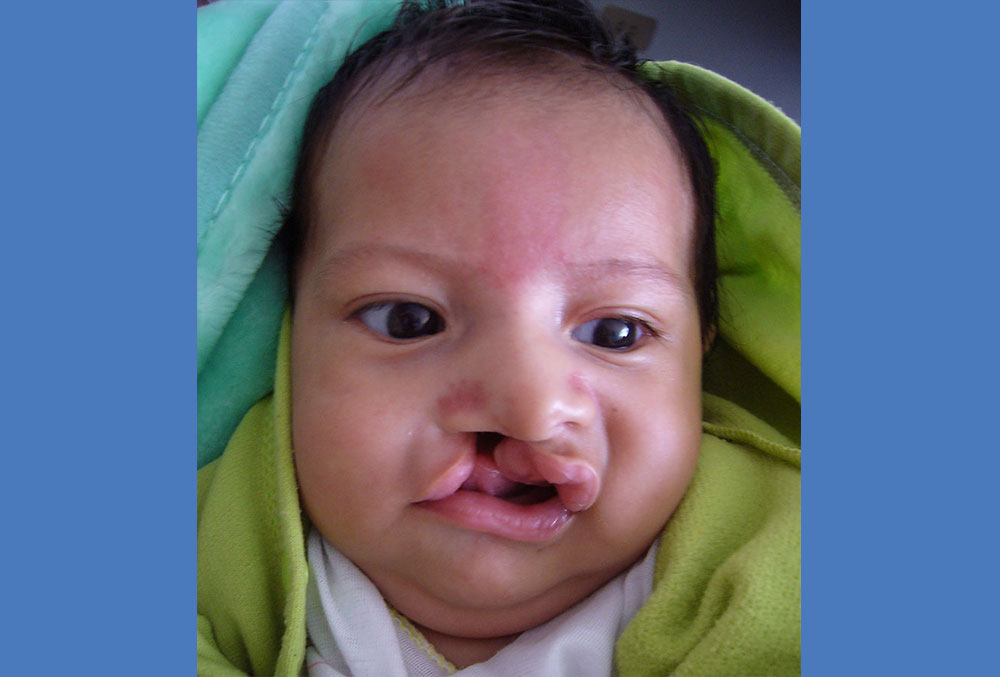 As Angelica held her newborn on her skin and tried unsuccessfully to feed him, the hospital staff took him away for tube-feeding and informed her she could not take him home until she learnt how to feed him herself. But no one offered to teach her. They kept Cristian for 20 unbearable days before finally releasing him back into his mother’s desperate arms.

Fortunately, Angelica was never alone during this time because her mother, Erminda, was always by her side. Though her heart broke for her daughter, Erminda was proud of her, too. “She was very sad then, but also very brave,” she remembered.

Angelica and Cristian both needed every bit of Erminda’s support to endure the months that followed. “I still struggled with feeding him for the first six months because I couldn’t breastfeed and had to pump the milk and feed him from a bottle,” Angelica said. “I really wanted to bond with him through breastfeeding, but it was impossible due to his inability to suckle.”

Through that time of struggle and heartbreak, they found one other source of hope: FISULAB, one of Smile Train’s local partners in Bogotá. The staff there warmly welcomed the family and taught Angelica how to properly feed her son. When Cristian was three months old, the FISULAB staff determined he was healthy enough for his first Smile Train-sponsored surgery, on his cleft lip. 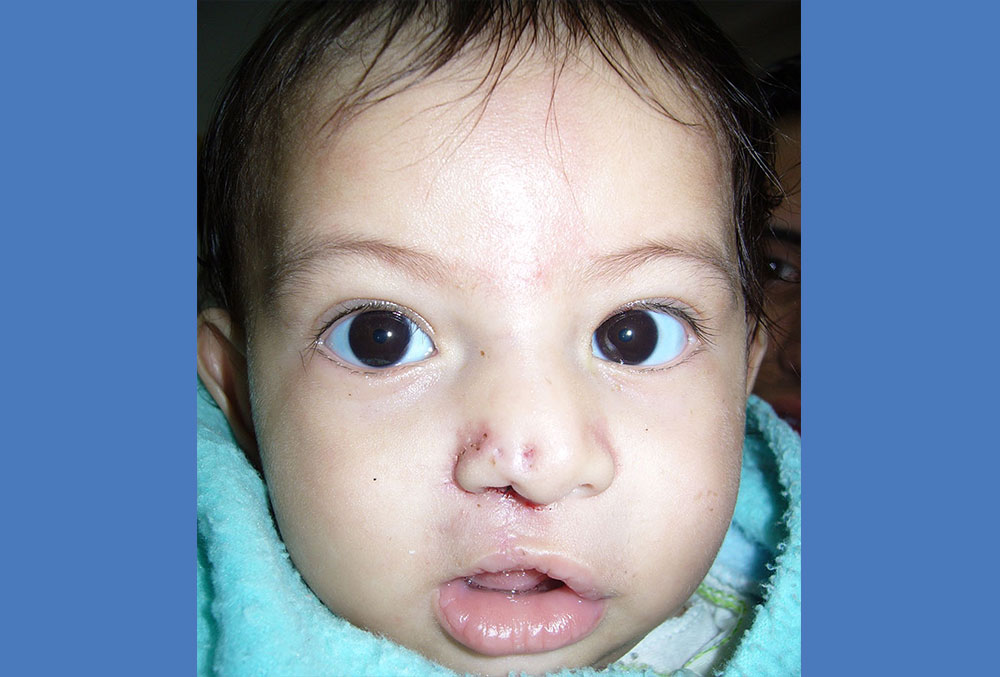 “I remember the day of the lip operation as if it was yesterday,” Angelica shared. “I drew on his foot with a marker so I would recognise him after. And he was so different! I could see that it was him, but it was quite a shock. I was extremely happy, though, because I knew that now everything would be okay.” 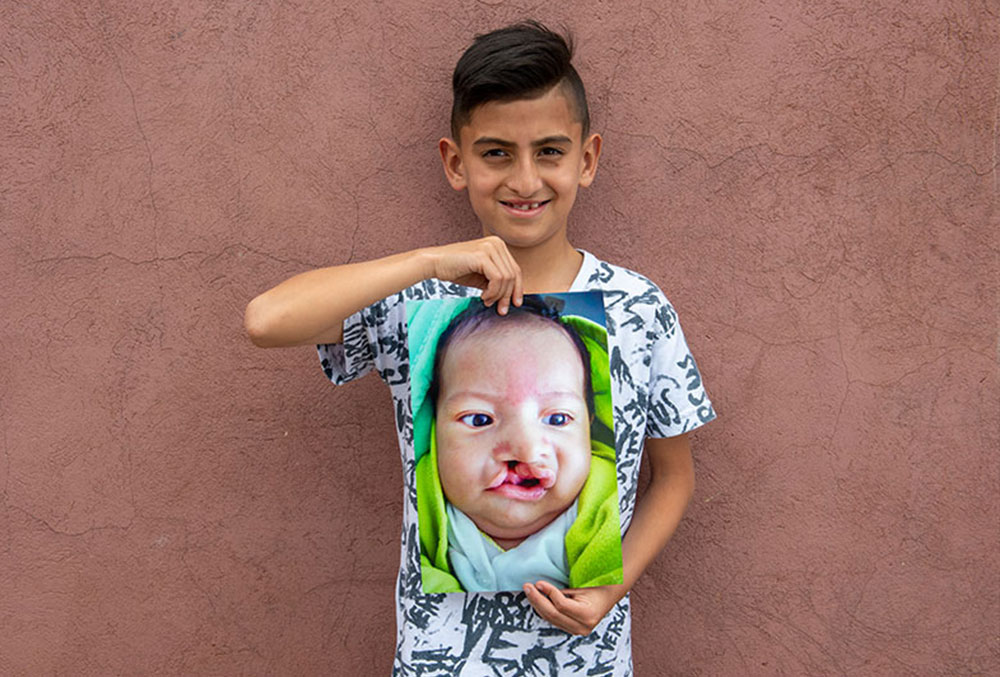 He had his second surgery, on his cleft palate, at 12 months so he could finally eat like every other baby. But his teeth were still misaligned and, as he began to speak, it became clear that his cleft had left a permanent mark on his ability to communicate. 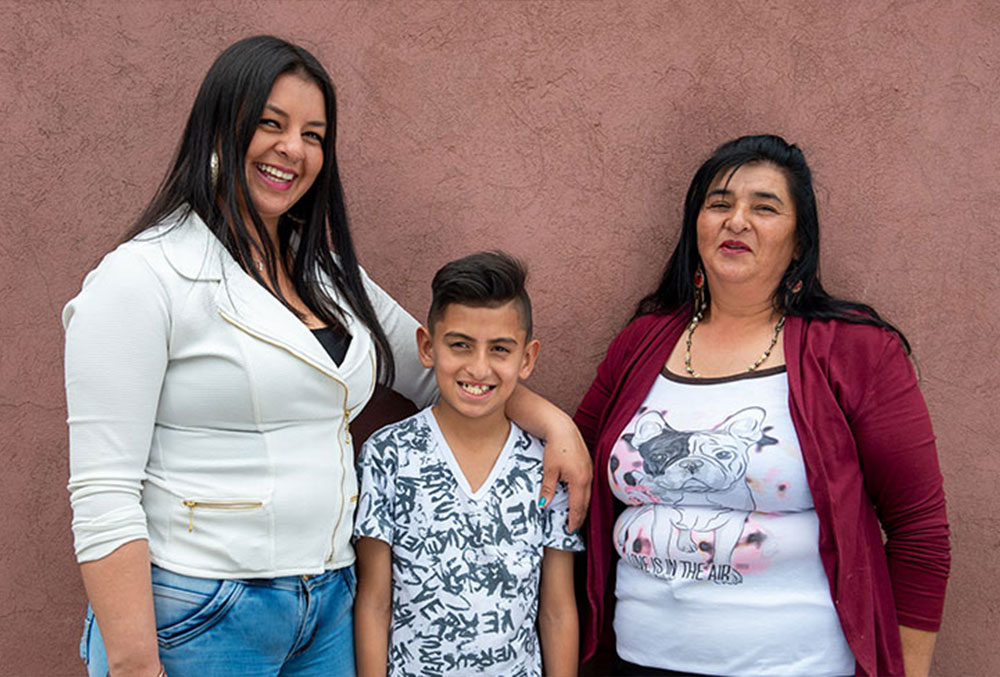 When Cristian was three, Angelica gave birth to Sofia. The girl showed signs of muscular dystrophy early and could neither walk nor sit unless propped up in a chair. When she was six years old, she caught a fever, and her muscles were so weak that she couldn’t even cough. She suffocated in her sleep.

The family was living with Erminda then, and though Angelica still needed her mother’s support, heartbreak hung so thick in the air at her mother’s house after Sofia died that she could no longer breathe within its walls. She needed a change.

Angelica works long hours selling internet and phone plans on the street, but still doesn’t make enough to afford phone service for the modest home she now shares with Cristian and the two dogs who have become his closest companions. 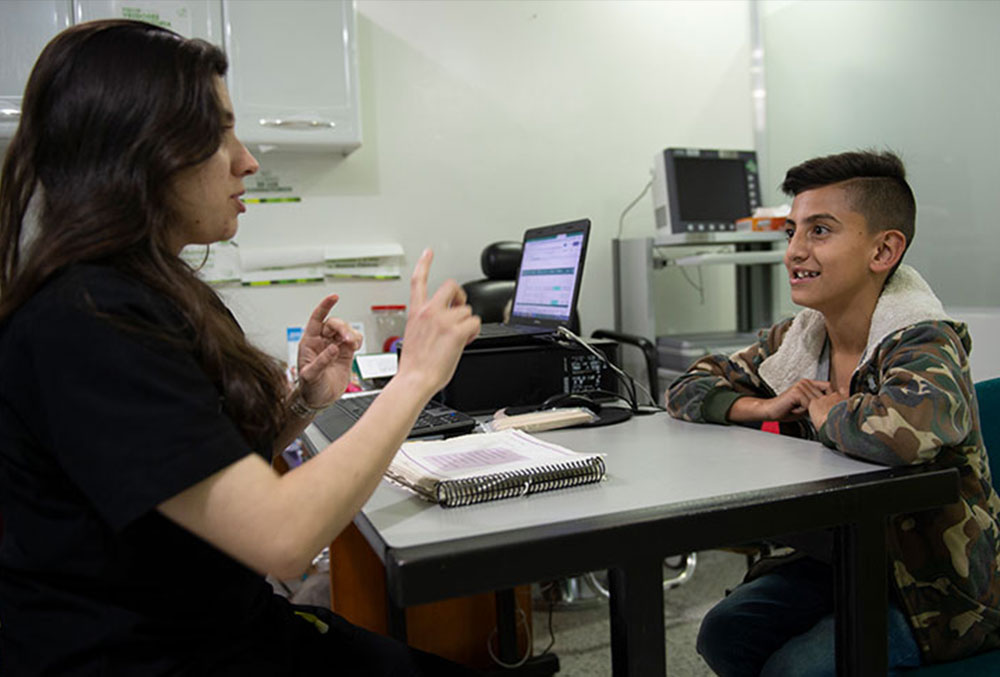 Through these years of continued, unimaginable heartbreak, FISULAB has remained a constant source of strength and healing for the family. Because Smile Train’s donors believe in investing in the potential of every child with a cleft, Cristian was able to receive two more surgeries to help him eat, breathe, and smile his best, and he now receives regular speech therapy, too, all at no cost to his family. 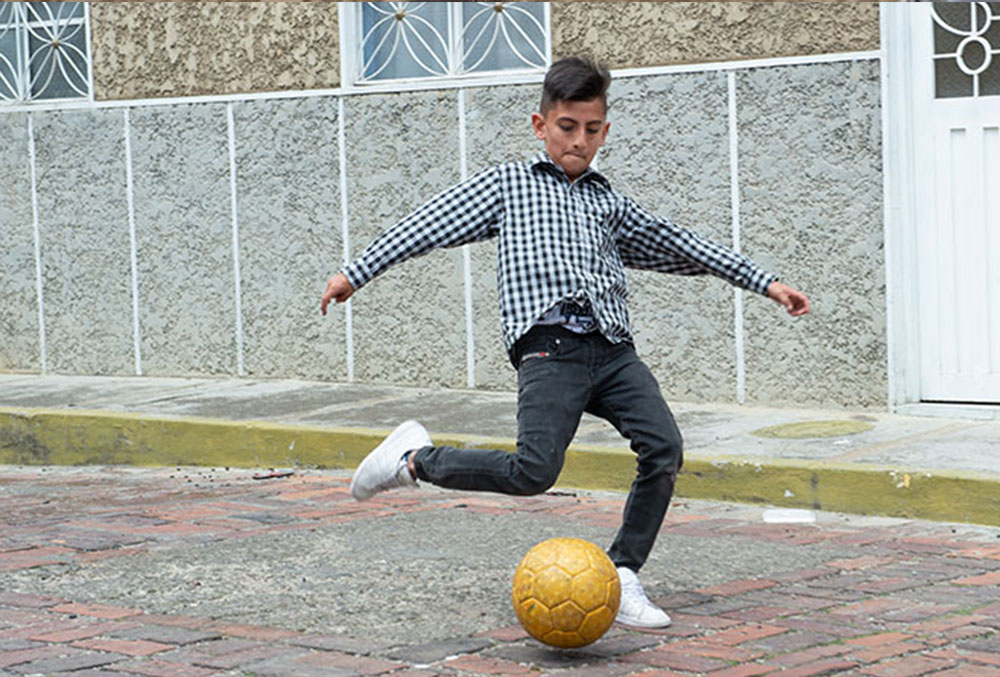 Cristian enjoys his speech sessions and practises on his own nearly every day, determined finally to master that difficult “s” sound. His hard work is paying off — he has noticed other kids in school now understand him better when he talks. After overcoming so much hardship and heartbreak at an early age, he now knows there’s nothing he can’t achieve. He excels at math and is his school’s star goaltender; off the pitch, he dreams of becoming a veterinarian when he grows up because he knows how important it is for everyone to have loyal friends by their side through thick and thin. 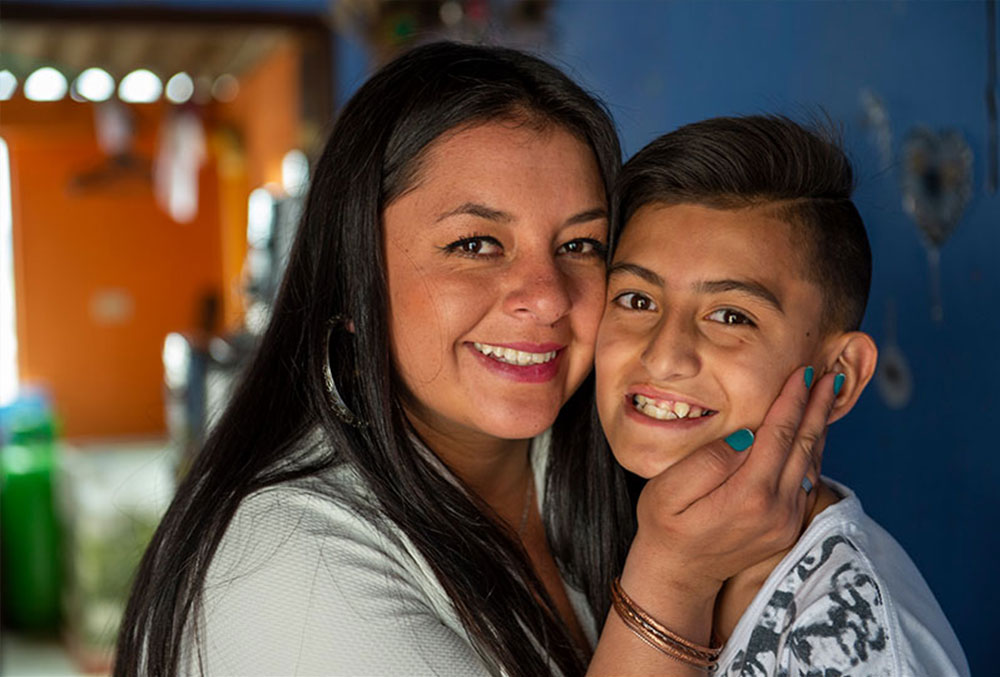 “For me, FISULAB was a ray of hope,” Angelica said. “I would be lost without them. They did everything for my son. To other mothers in my situation, I want to say that they don’t need to despair because there are people that can help them and their children. I also wish to thank Smile Train’s donors for helping my son and many other children. They take away a great burden from us with their support. I thank them very, very much.” 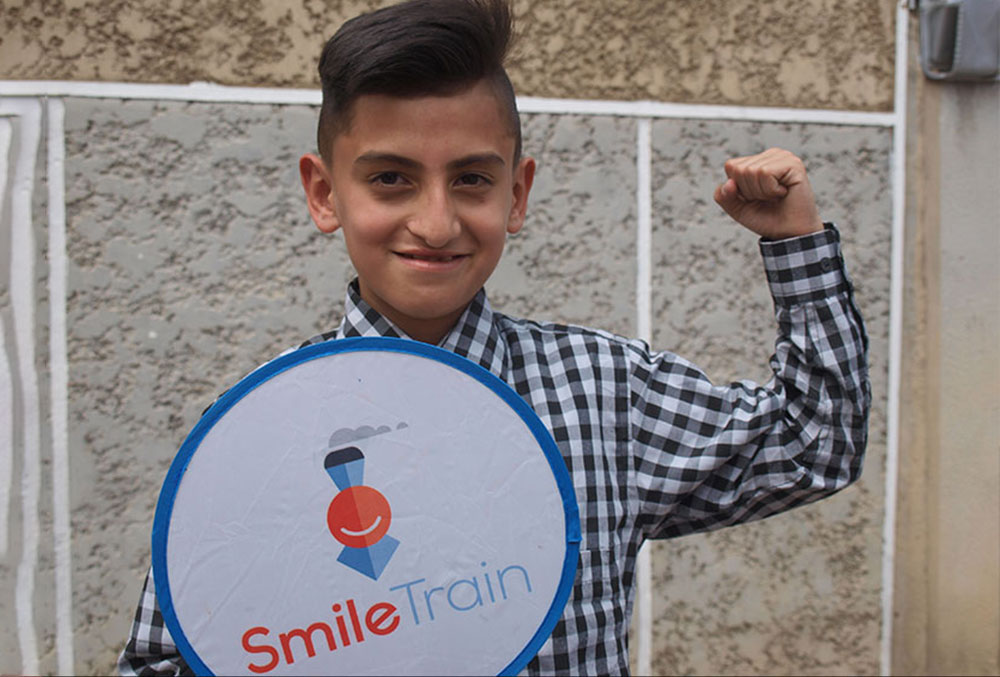 You can save children’s lives and help make dreams come true.