Bravery and Courage Also Run in Her Family

It was not the birthday surprise Jeann had expected. She scheduled her seventh-month ultrasound for her birthday, anticipating the gift of a lifetime — her first peek at her budding baby daughter. So, when her doctor found that the baby would have a cleft, Jeann felt as though a stranger had run into her house and smashed her birthday cake. But Jeann didn’t let these negative feelings linger. She knew she would soon have a life entrusted to her care and couldn’t waste time feeling sorry for herself — it was time to move on and bake another cake.

When Jeann told her mother the news, she was surprised to learn that she had several relatives who had also been born with a cleft.

Two months later, when Jeann first held her daughter, she said she felt only “unexplainable joy and peace.” She also felt her baby looked just like her husband, Alejandro, so they named her Andrea, after him. 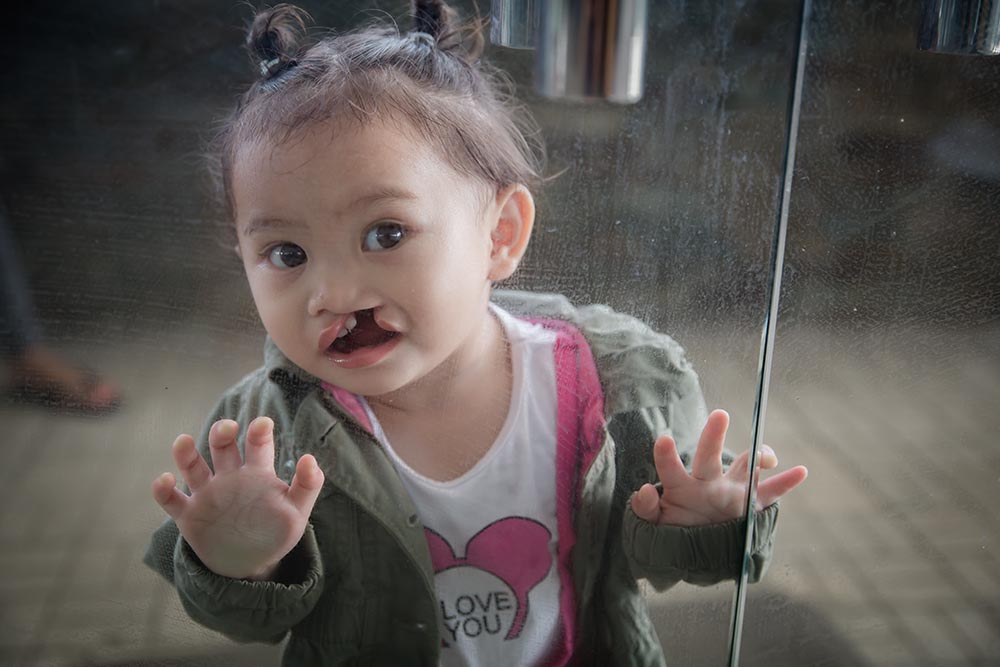 The following months tested Jeann’s resolve and optimism like never before. Andrea’s cleft prevented her from breastfeeding. Jeann and Alejandro were turned away from hospital after hospital for their inability to afford the surgery she so desperately needed. Yet, even while watching her daughter wither away from malnutrition and hunger, Jeann refused to give up hope.

With characteristic persistence, Jeann managed to find a way to give Andrea the nourishment she needed to reach a healthy weight. Unfortunately, that was right around the time the COVID-19 pandemic reached their island in the Philippines, forcing the entire region into lockdown and putting Jeann and Alejandro temporarily out of work. For Jeann, this was a just another opportunity. 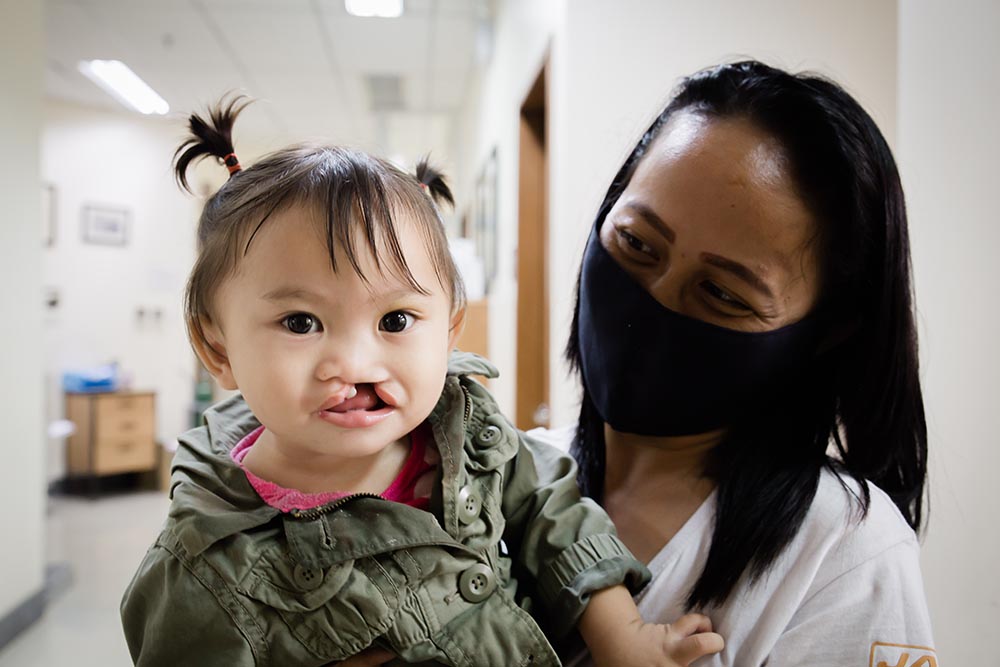 Using her newfound time at home to her advantage, Jeann scoured social media and found nearby Smile Train partner Tebow CURE Hospital, where, thanks to generous donors from around the world, Andrea could have the surgery she needed for free. “I thank God for bringing us to Tebow CURE so that my daughter wouldn’t have to suffer anymore because of her condition!” she cried. 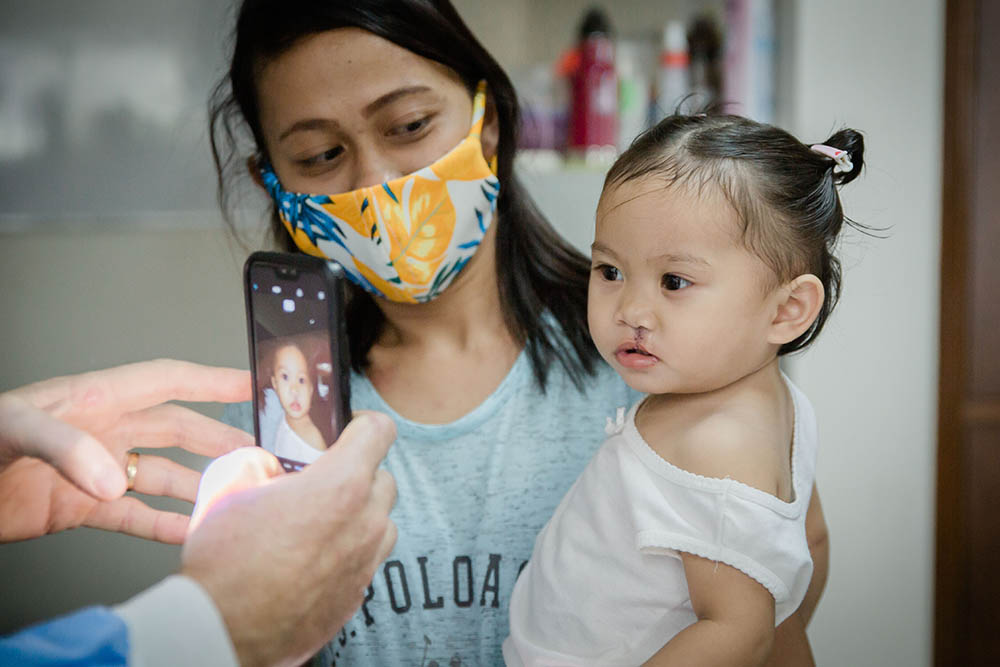 Andrea now stands out because of another trait she inherited from her mother’s side — she’s unstoppable. Just one year old, she’s already blowing past milestones every day and blowing her parents away. “Andrea continually amazes us and makes us proud of her development,” Andrea says. “As young as she is, we can already tell that she is brave and courageous!” 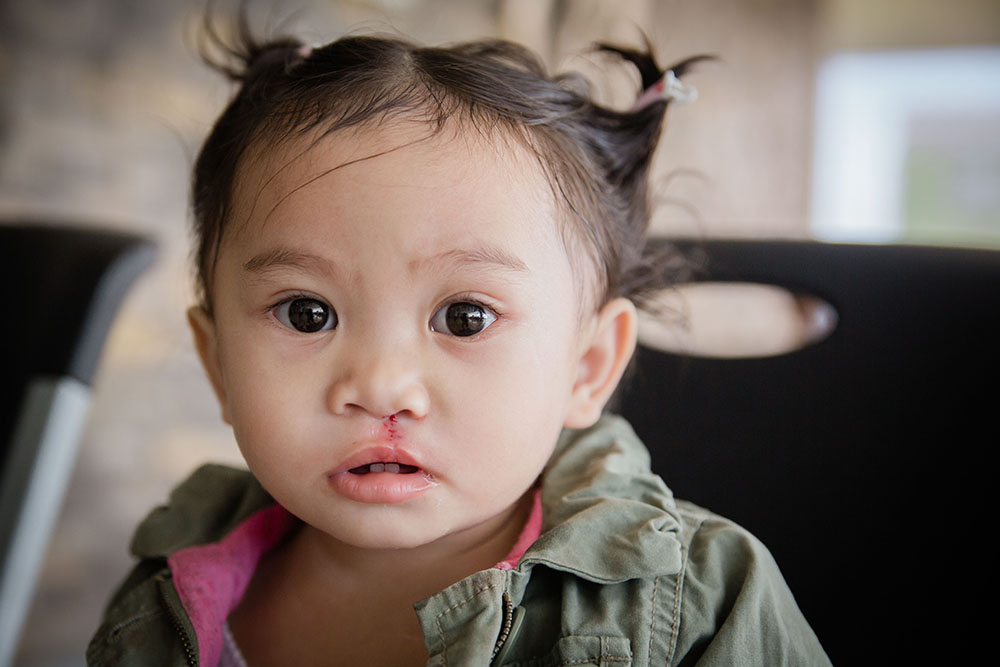 You can make a happy ending like this possible for families like Andrea’s in 70+ countries around the world each day.