Ciok Cibro grew up in the small oceanside town of Singkil, Indonesia. Ciok and her family lived with her grandmother, who lived with an untreated cleft lip her entire life. Ciok remembered, “I loved my grandmother dearly, but our time together was always spent inside of our home — she was embarrassed by her cleft lip and was isolated from our community.” 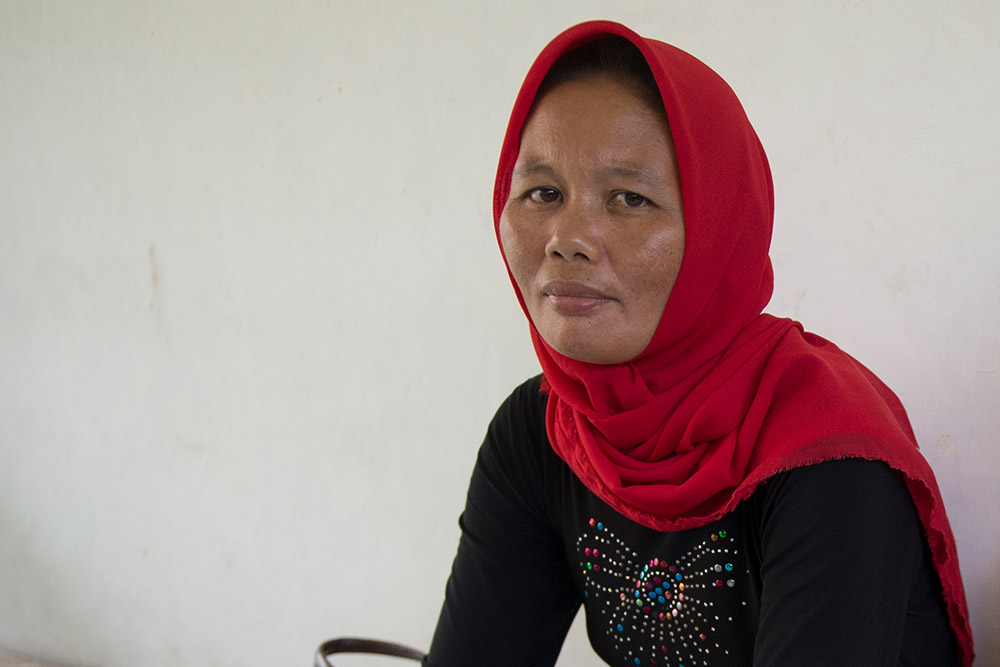 By 2007, Ciok was working as a rice paddy farmer and expecting her seventh child. She and her husband were equally excited and stressed by the new arrival, as they were living on the equivalent of $2 a day. On the day of the birth, Ciok was surprised that the hospital room went completely quiet, and the doctor hesitantly handed over the baby to her — her son, Aldan, had been born with a cleft lip, just like Ciok’s grandmother.

“After having six healthy children, l wasn’t expecting to have a baby with a cleft lip. And I didn’t want Aldan to struggle like my grandmother did. But after some thought and prayer, I decided there was nothing I could do about it. I needed to accept my son and move on the best we could,” Ciok explained.

Ciok’s positive attitude about her son’s cleft waned, as Aldan choked every time he attempted to breastfeed, and he started losing weight. Luckily, a nurse at the local clinic showed Ciok a technique to transfer the milk to a spoon, so Aldan could eat without choking. He gained weight and established his health. 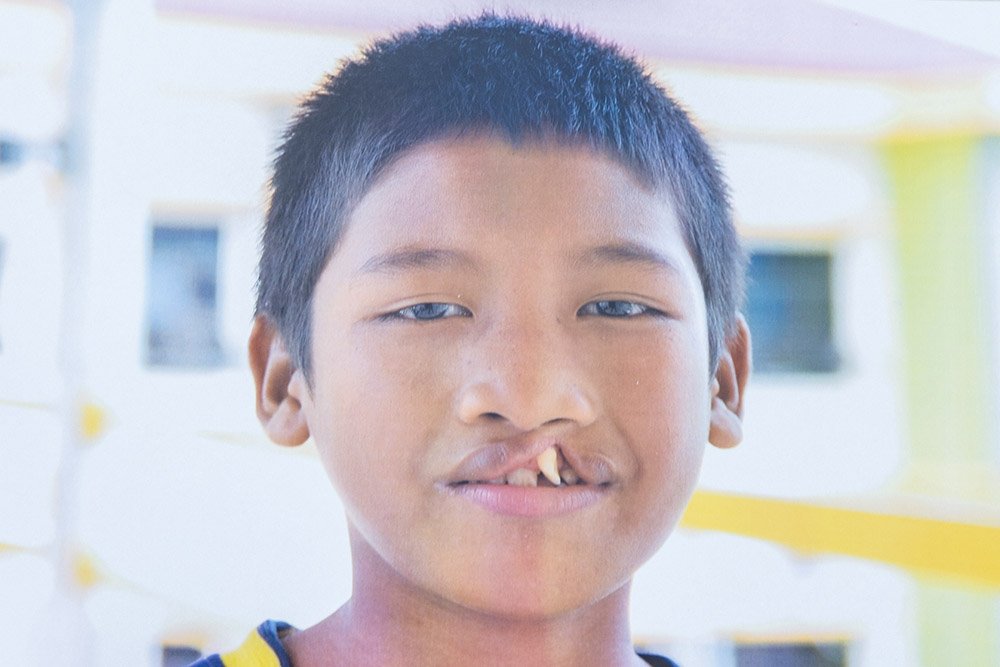 For the next 10 years, Aldan lived with an untreated cleft lip, just as his great-grandmother had. This all changed when, unexpectedly, former Smile Train patient Maulizacame Rahmat came to Singkil. Maulizacame was a social worker at Smile Train partner Malahayati Hospital who was hired to drive around the region in his specially outfitted van, spreading information about Smile Train supported cleft surgery. 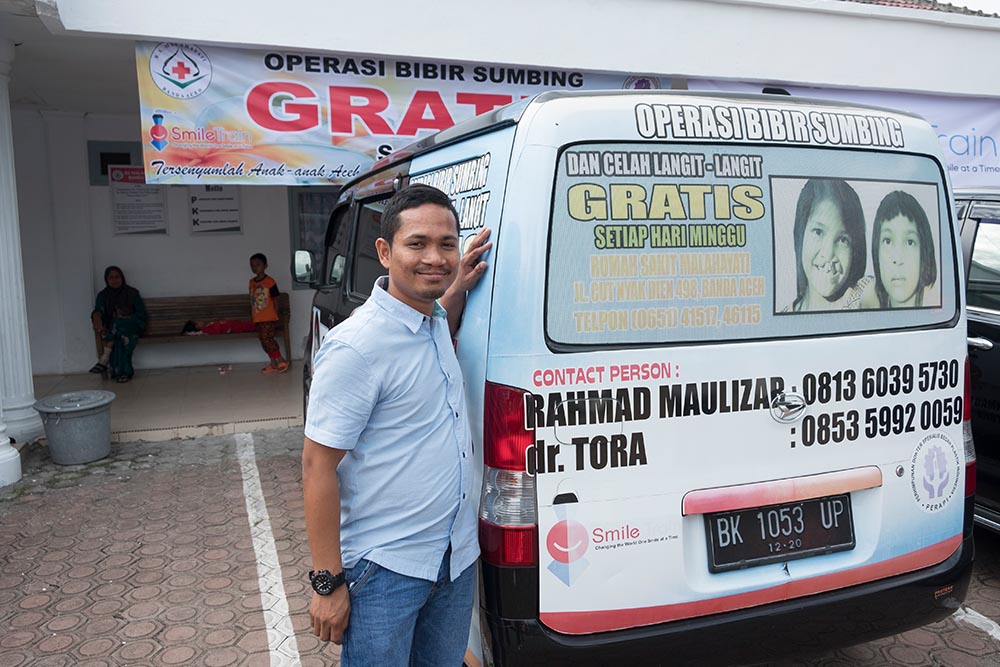 The Singkil community saw the van and told Maulizacame about Ciok and Aldan. Upon visiting the Cibro family at their home, Maulizacame offered to drive them the 13 hours to Banda Aceh where Aldan could receive a free surgery. After ten years of waiting, Ciok and Aldan jumped at the opportunity, and the group headed out. 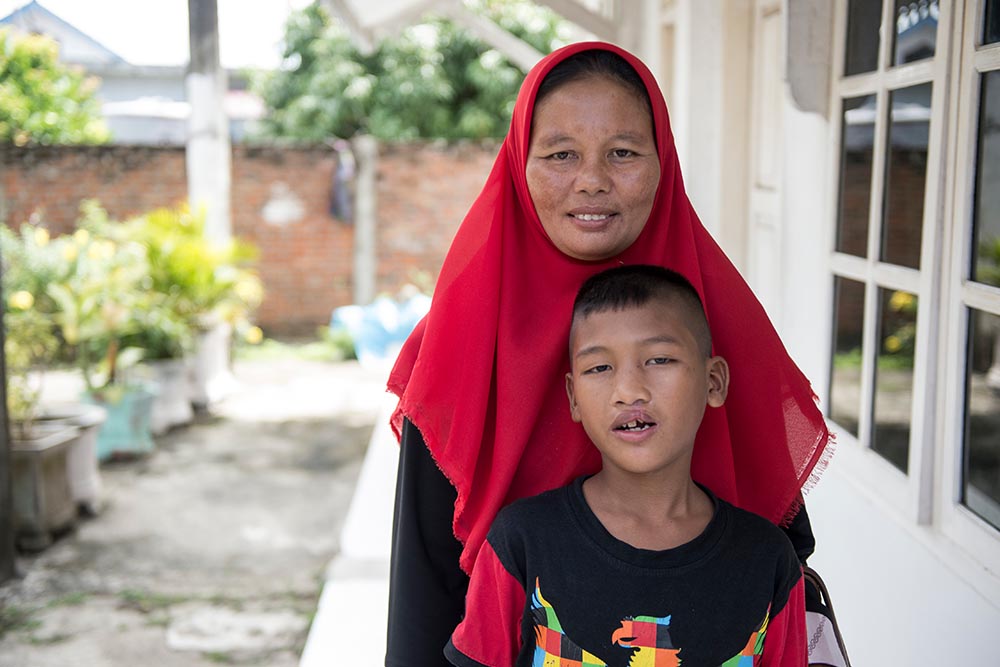 Once they arrived at Malahayati Hospital, Ciok said, “I didn’t know that cleft surgery was possible, so Dr Muhammad Jailani and Maulizacame were great in explaining everything that would happen and told us that, from then on out, Aldan could live like every other child.” 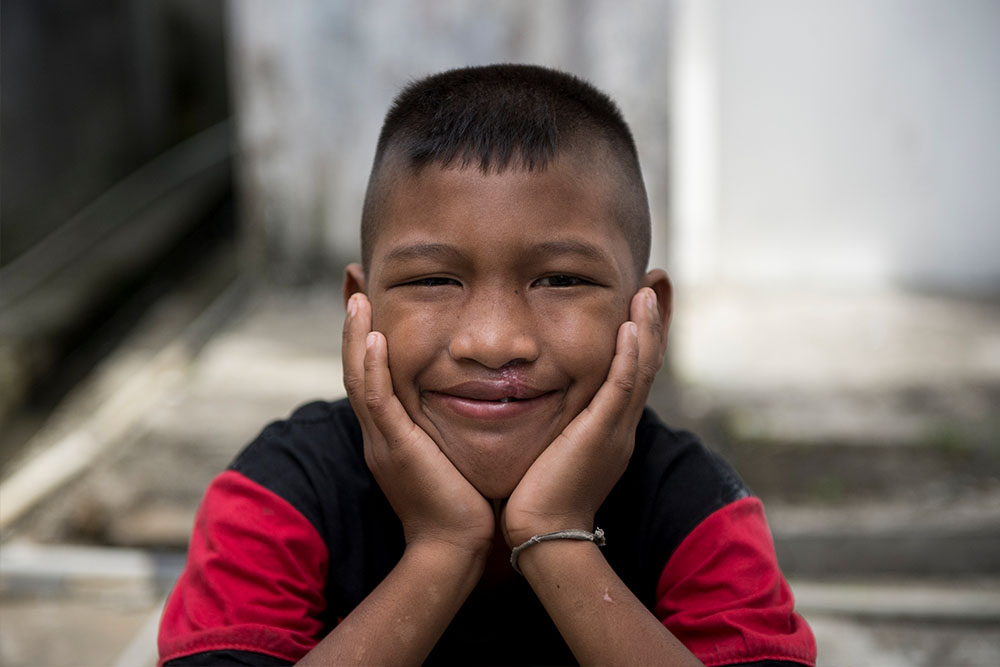 Aldan received his forever smile and was wheeled back into the recovery room. He looked at himself in the mirror and said, “My siblings won’t even recognise me, I look like another person.” Then, Ciok broke down in tears and said, “My grandmother never had this opportunity, but I am so glad that Aldan will have a bright future. I want him to receive a good education and become a Smile Train doctor.” 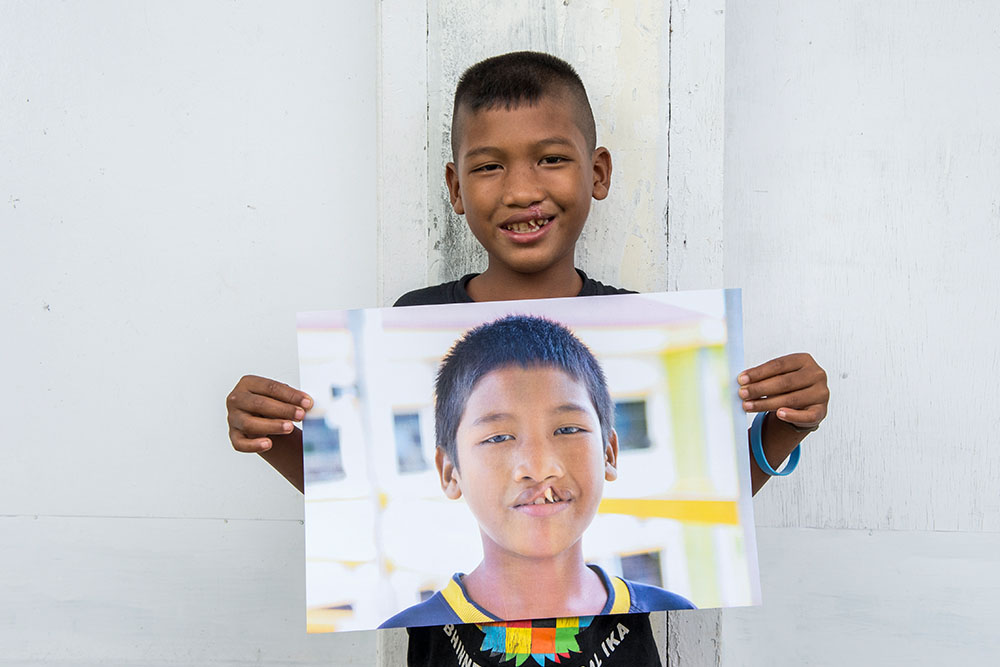 Aldan’s surgery has unlocked a new future, one in which he’ll have the chance to speak up in the classroom with confidence, go on dates, find a job, and provide for a family.